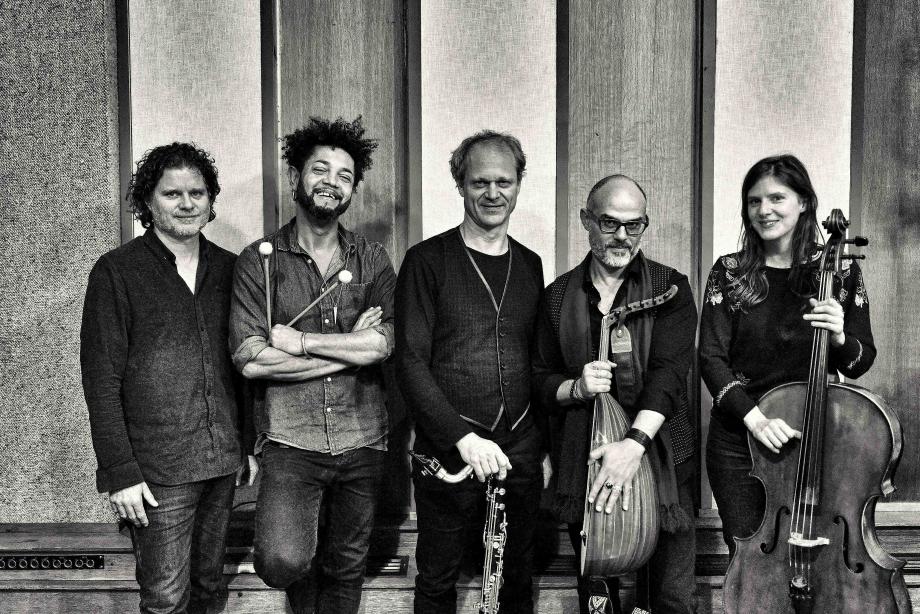 OVERSEAS is the story of the meeting between the Brussels saxophonist Toine Thys and the Egyptian oud player Ihab Radwan. After sahring several European stages together for concerts and cartes blanches, they are now exploring a four-part (or five-part) format group, accompanied by the percussionist Zé Luis Nascimento, the Luxembourg cellist Annemie Osborne and often with pianist Harmen Fraanje in a larger setting. At the crossroads of Arabic music and hijazz modes, jazz and tonal improvisation, classical music and rhythms of brazilian music, they play an evolving repertoire, made of clear, free and melodious compositions. They first album “Tamam Morning” is to be released in March 2021 on IGLOO Records. The music has been recorded in Brussels by Vincent de Bast, and mixed by Stefano Amerio (ECM) in his studio in Udine.

These musicians meet and talk about their respective worlds. Their stories and their intonations are different and it is from these differences that we benefit. Simplicity and seriousness, joy and exploration, the quartet plays together with skill on opposites.

It is a musical space where the integrity of these artists is respected, but where the taste of adventure and discovery remains essential. Their language is like a mood, black or white, hot or cold, circulating faster or slower than blood or thought, in invisible veins that are not located in anatomy manual.