with the support of
the Flemish Community and Sabam for Culture.

with thanks to
AdLiB - Residences au Libitum

Simon, Garfunkel, My Sister and Me 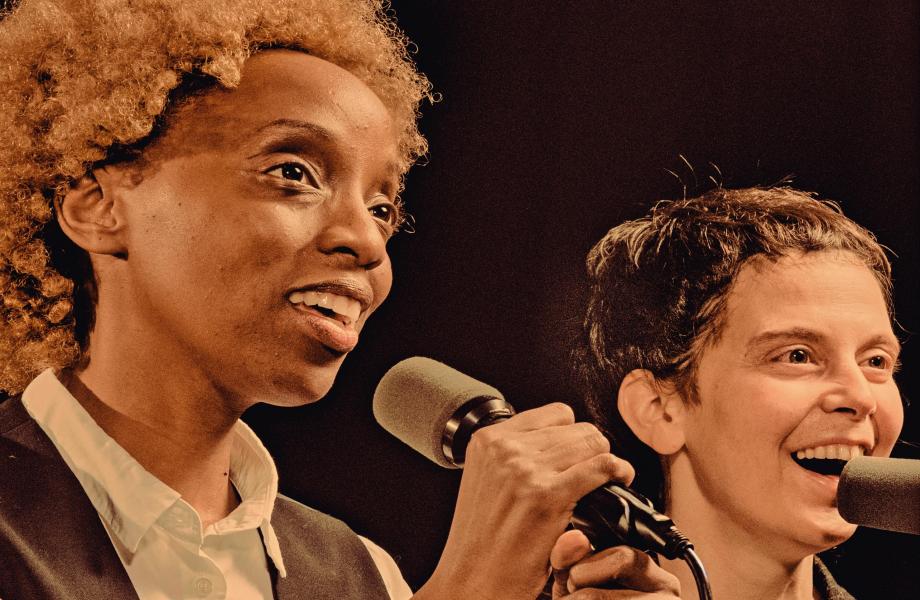 1981: Paul Simon and Art Garfunkel play their legendary benefit concert in Central Park in New York for more than 500,000 fans. That evening goes down in history as a musical celebration of friendship, solidarity and charity.

1982: the double LP Simon & Garfunkel Live in Central Park finds its way into the De Proost home, causing fierce arguments between two sisters. Because who owns the record? And can that sister just decide who can listen to it, and when?

2017: Kristien De Proost discovers that Paul Simon and Art Garfunkel have been avoiding each other for years. And not just that: they had already split up when they did their legendary concert in Central Park, and couldn’t stand the sight of each other. But the show had to go on. Shocked by the information, Kristien De Proost decided to process the trauma in a new project.

2018: #metoo and decolonisation dominate the debate in the arts, screaming for new nuances.

with the support of
the Flemish Community and Sabam for Culture.

with thanks to
AdLiB - Residences au Libitum

Who will play Art and who will play Paul? Will Bwanga and Kristien survive the confrontation with these two immortal artists? With each other? Will they still be standing by the end of the show? Will the audience get their money’s worth? Will we all make it to the final song? And when we get there, will there be winners and/or losers? Simon, Garfunkel, My Sister and Me has become a production about rivalry in every form. Live versus tape, woman versus man, black versus white, Europe versus America. About bridges and troubled water. About feelin’ groovy. About boxers, home towns, old friends and the fifty ways to leave your lover. But above all, it is about the right to keep singing whatever you want to sing.