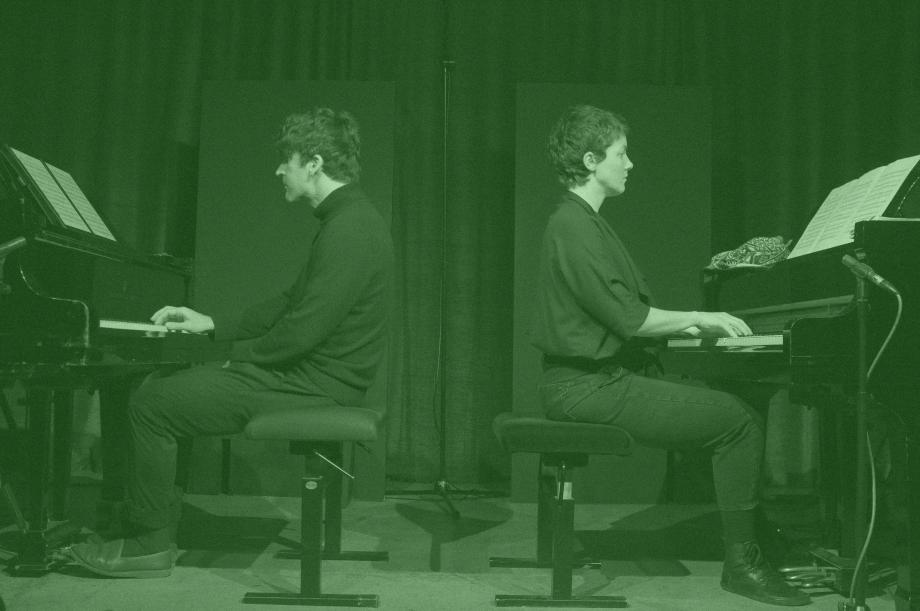 The idea of having Marcin Masecki and Kaja Draksler, two of Europe's leading jazz pianists, play Johann Sebastian Bach was suggested to them several years ago by Wim Wabbes of the Handelsbeurs in Ghent.

Marcin Masecki is widely recognized and praised for his personal and radical interpretations of the canonical classical music repertoire. He disregards conventions and plays classical music on a human scale, often exchanging the standard grand piano for less prestigious models. In addition, he often ventures into jazz territory, where he also keeps house like a whirlwind of ideas. It is precisely because of this fresh look and unconventional approach that he is able to attract a whole new generation of fans.

Kaja Draksler, one of the most acclaimed improvisers of her generation and an equally remarkable composer, finds herself here in a new and challenging context. Having previously created a furore with internationally respected ensembles such as her own Octet and the trio Punkt.Vrt.Plastik, she is now crossing over from the world of jazz and improvisation to that of classical music.

Together the two pianists forge their personal interpretation of the German giant's rich, rigid and complex vocabulary.