This is a concert with a standing audience 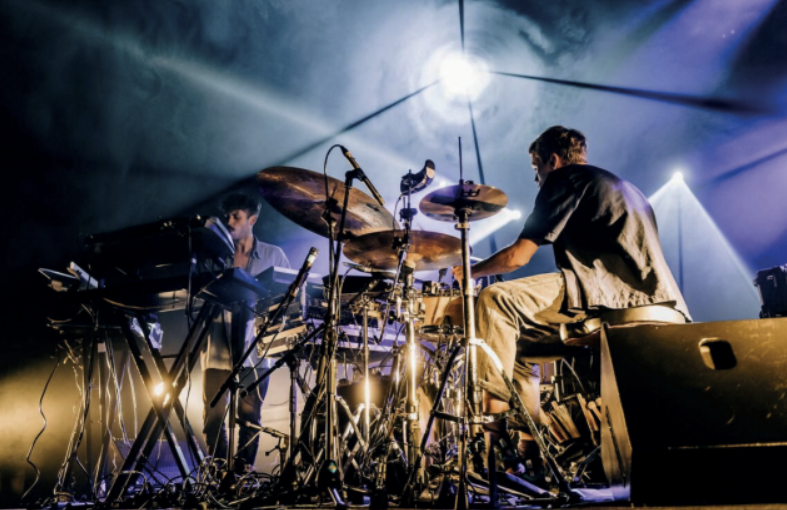 This double bill is guaranteed to deliver fireworks: Han Bennink recently celebrated his 80th birthday and plays together with Terrie Ex (The Ex) a physically intense set that creaks and rattles, clatters and splashes, boils and explodes. Seeing these musical heroes live is an experience in itself!

Then Lander & Adriaan take you to Biskolom: their imaginary nightclub! Get ready for a feverish trip of dreams, dancing and delirious, violent beats and walls of synths during their 360° surround concert. Or as they say themselves: 'Music is for dancing. Point final!'

This is a concert with a standing audience

In a melancholic quest for the ultimate, authentic night experience, the adventure of these 2 night knights, Lander & Adriaan and the Biskolom, the imaginary club where this story takes place, was born.

Melancholy angelic choirs lovingly contrasted with chilly, earthy 808 basses, then screeching supersaws and amenbreaks, then a bath of dripping synthesizers. Steam trains, funfairs and Brazilian beaches, everything is combined in a pleasantly disturbed way to make gourmet lift music: a schizoid encounter between a night of raving and jazz wine tasting! 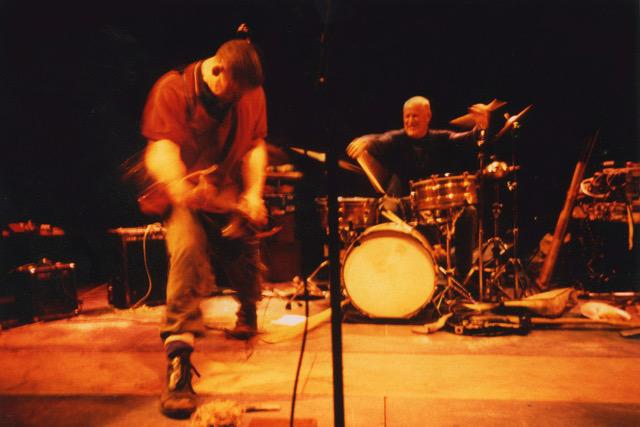 Drummer Han Bennink and guitarist Terrie Ex share more than geographical roots but also born improvisers who have sought each other out for over thirty years. This invariably results in fireworks: they use a spontaneous and intensely physical style in which their instruments are tackled (or expanded) in the most unusual ways.  Unpredictable, cross and energetic, exciting as a blindfolded hopscotch next to a ravine.

Han Bennink (°1942) already caused a furore as a jazz drummer at a young age, but he was also at the cradle of free improvisation in Europe. Together with Misha Mengelberg and Willem Breuker, he was the founder of the legendary Instant Composers Pool and continues to work eagerly with like-minded people from various parts of the world and generations. He played with Eric Dolphy, Nina Simone and Sonny Rollins, formed a legendary trio with Peter Brötzmann and Fred Van Hove, travelled to Ethiopia at the beginning of the century with The Ex, and continues to lead the famous ICP Orchestra to this day.

Terrie Ex (°1954) founded a punk band in 1979 and subsequently wrote history with it. After years of experimentation, The Ex also embraced improvisation. They created a furore with cellist Tom Cora, shared the stage with Sonic Youth, Shellac and Fugazi, and embarked on an Ethiopian adventure, the effects of which are still felt today. Ex is also active outside the band as an improviser with Ken Vandermark, Paal Nilssen-Love, Jaap Blonk, Ab Baars and Kaja Draksler, among others, and also played on the most recent ICP album, 'Komen & Gaan' (2021).