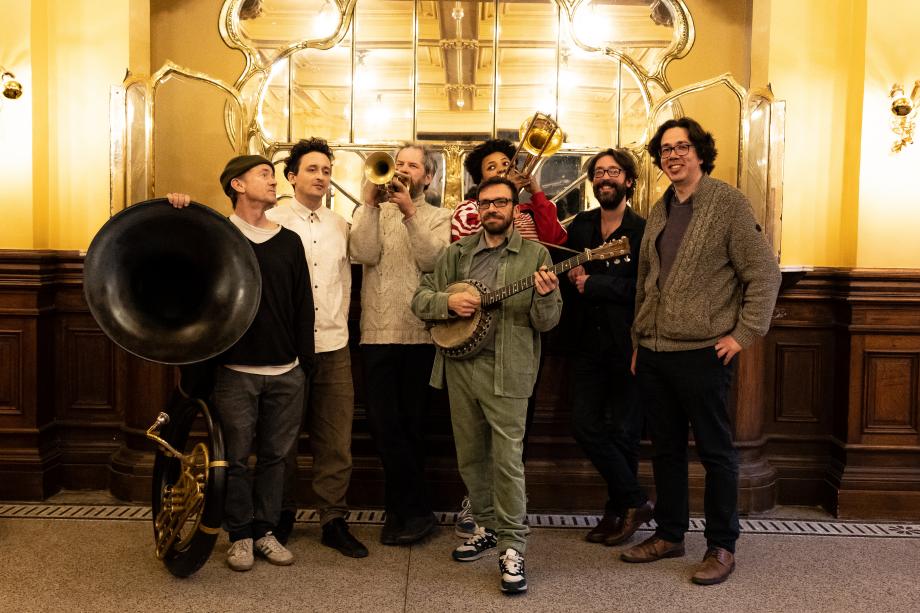 What happens when you unleash a gang of contemporary jazz musicians on the New Orleans tradition? That's what you get to hear with The Free Orleans Rebel Band, a seven-piece band that pays homage to the creativity, vitality and emancipating power of a musical form that unjustly ended up in the retro corner.

Founder Waso De Cauter is part of a family that knows the roots of jazz through and through. This guitarist realized that there are many similarities between the rebellious jazz of the 1920s and the fiery free jazz of the 1960s, which eagerly harked back to the revolutionary spirit of primal jazz. That combination of African and European music was quintessentially something of a collective of musicians who made vibrant, crackling music. It contained a kind of freedom that would be absent from jazz for decades, while in the meantime the tradition took on a somewhat dull connotation. Time for action!

The Free Orleans Rebel Band makes a modern version, not in a dusty museum style, but as a living, lilting update of an approach that still works on the hips, with catchy melodies, ingenious harmonies and rotund rhythms. There is no room for purism here, just the irrepressible swagger of vital interaction. This music has a timeless flair and energy!