with the support of
CAMPO 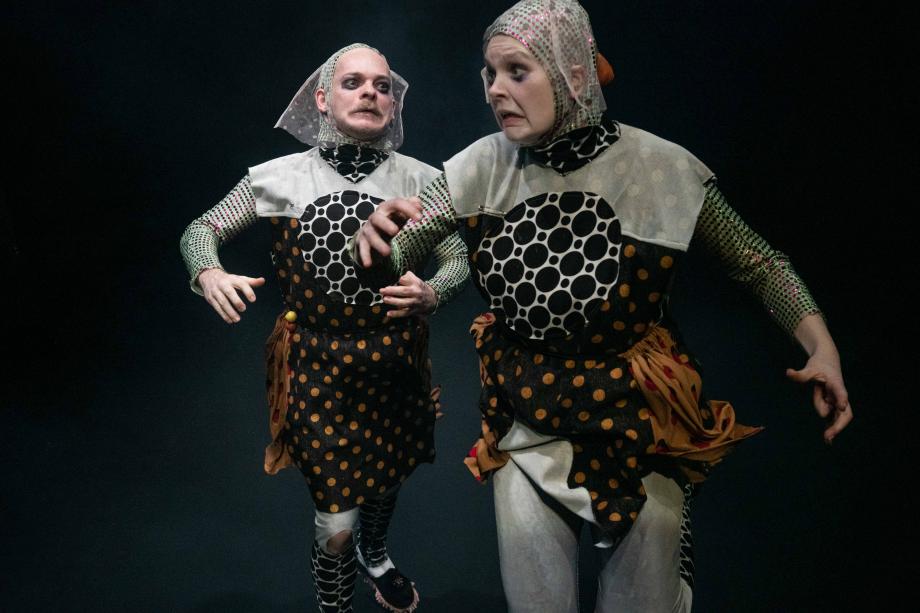 In Folks&Fools, Leirens and Storms lead you through a timeless landscape. They camouflage themselves as two reckless beings in a restless cadence. In the mistaken belief that they are on an ill-fated quest, the duo travel together through illusionary falsifications to an alien universe. Folks&Fools is a mysterious brew of mediaeval questing, cosmic villains and an overwrought bourgeoisie.

Lobke Leirens and Maxim Storms explore the absurdity of both the cosmic and the sinister. At Theater aan Zee in 2014, they wowed audiences with the labyrinthine production KROCHT, based on Dante Alighieri’s Inferno. In 2017, they made Another One, which was selected by Circuit X and toured in Belgium and abroad. After their selection by Big In Belgium 2018, they were awarded the prestigious Total Theatre Award in Edinburgh. Their previous production, Happy Hour, came to nona in 2019.

with the support of
CAMPO