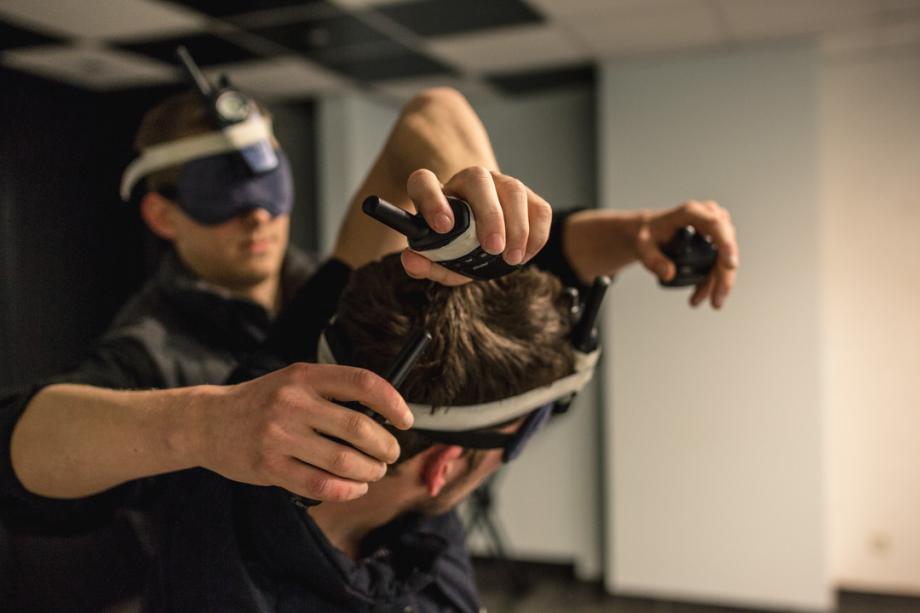 ATTENTION: for obvious reasons this performance has been canceled.

Ruben Mardulier and Michiel Deprez (MenD) are making a set of five contact dances. In these dances, they explore how the medium changes radically when they move together. MenD do this very literally by physically changing the contact surface and the distance between them, by ensuring that their bodies stick together, glide over each other, are connected or absent. The result is an exploration of movement through innovative costumes in which the circumstances determine five different dialogues.

“We see circus as a medium that is all about the interactions between people, a people and their environment, people and objects. An investigation of the possibilities of people and things. This interaction and investigation are the basis of our work. Making circus is not a goal in its own right: instead it emerges automatically because we have the perspective of circus makers.”

MenD allow their work to be guided by spontaneous ideas that they consistently put into practice. Their work plays on the surface, and sometimes – apparently by accident – touches something deeper. They believe that circus should be an adjective that goes with performance, visual work, gastronomy, music, you name it.

The duo of Mardulier & Deprez has built up a reputation with their hilarious, banal post-internet art. The pair trained as a juggler and acrobatic dancer, but they have since delivered a wide range of installations, performances and video art.

As they did in Retrospectie, which they performed for us in May 2019, Michiel and Ruben will once again turn the different spaces on our golden site into circus. Only at nona!