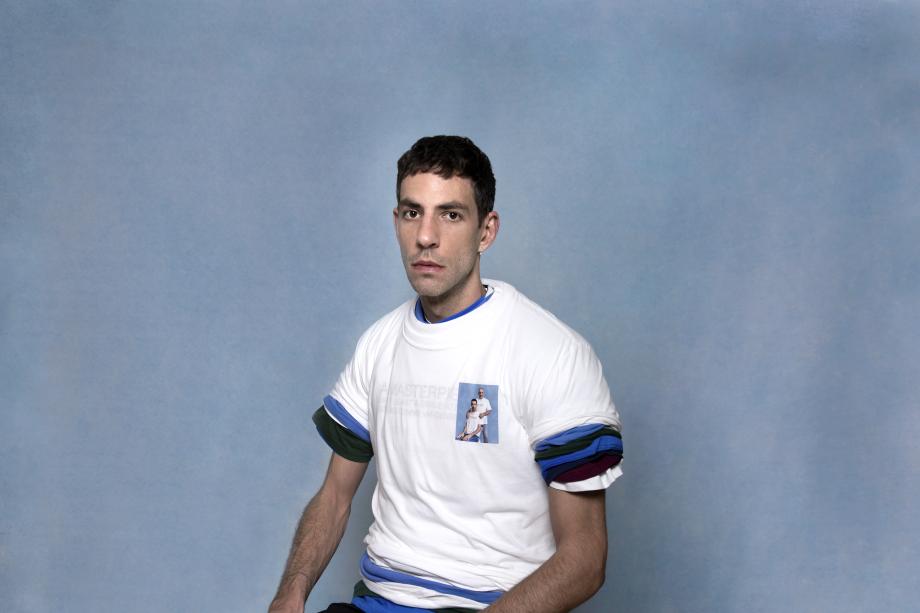 In the performance A Masterpiece, Dennis Vanderbroeck attempts to create a masterpiece. Using performances by his heroes, from Yves Klein and Bruce Nauman to Tina Turner, Dennis attempts to arrive at his own through their genius. Using the voice of his father, 61 and suffering from Alzheimer's disease, as his guidebook. His father's progressive forgetting process as a race against the clock. A race never to be forgotten himself.

The actions of his heroes' re-enactments are voiced by Dennis and his father. A father trying to help his son create his own masterpiece. A dialogue about art, memories and their disappearance. 'A Masterpiece' is an exercise in letting go, growing up and getting older. A performance that teaches us how art can save our lives and vice versa.

Dennis Vanderbroeck (1990) works on an international scale on spatial projects in different disciplines and contexts. A physical encounter in a physically designed space is always at the core of his work. He studied at the Performance program in Maastricht but for a long time did not feel the need to go on stage himself. Until now.