in partnership with
Cultuurcentrum Mechelen 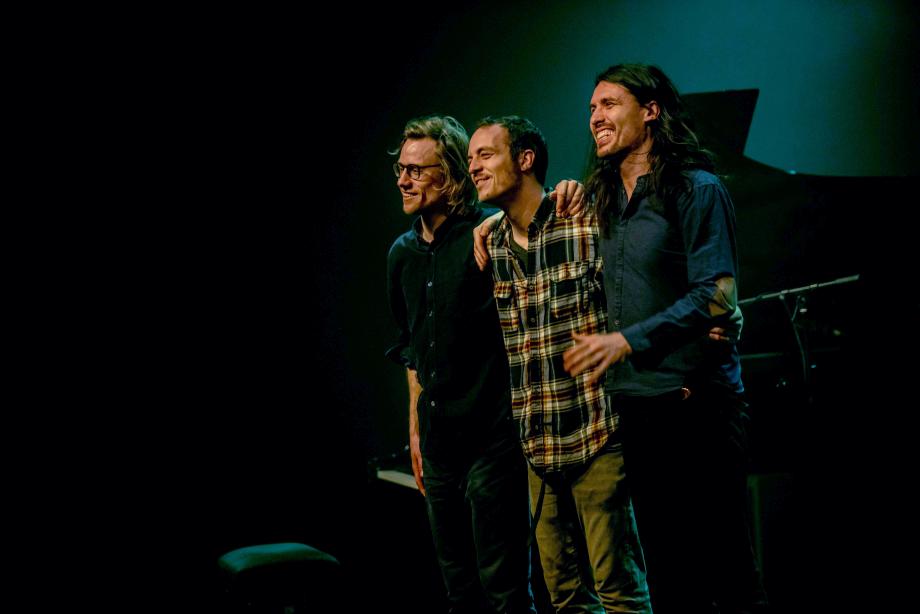 ATTENTION: for obvious reasons De Beren Gieren have decided to postpone the release tour for their new album until next season.

De Beren Gieren might well be the most adventurous music group in the Benelux region. Without any doubt, the trio belongs to the cream of Belgian jazz, and has not sat still for a moment since it was founded in 2009. Its second album, A Raveling (2013), led to its international breakthrough. The Detour Fish (2014), a live recording with the Portuguese trumpet player Susana Santos Silva, who was our main guest at BRAND! 2018, was acclaimed all around the world. A third album, One Mirrors Many, appeared in 2015, once again on the always innovative label Clean Feed. The magazine Jazzism christened it “the most influential and up-to-date album of the year”. De Beren Gieren received the Klara Award for ‘Best Belgian jazz album 2017’ for Dug Out Skyscrapers (2017). Last year you had a chance to hear the three gentlemen at work in the stately Church of St Peter and St Paul with their “Broensgebuzzes”, ten superior pieces of music about beauty and mortality, a key theme in the group’s work.

in partnership with
Cultuurcentrum Mechelen

And then there is Less Is Endless, which is due for release in February 2021 on Sdban Records. This new album will be an ode to a universe that is teeming with life. It is a quest for open routes where ideas can emerge and evolve. The cultivation of the incomplete that leads to active creativity. The missing piece of the puzzle that appeals to the imagination more than the perfectly completed whole. This is something to look forward to eagerly, live on stage as well. In the meantime, you can catch drummer Simon Segers in his solo set during the double bill with Nordmann on 20 March...