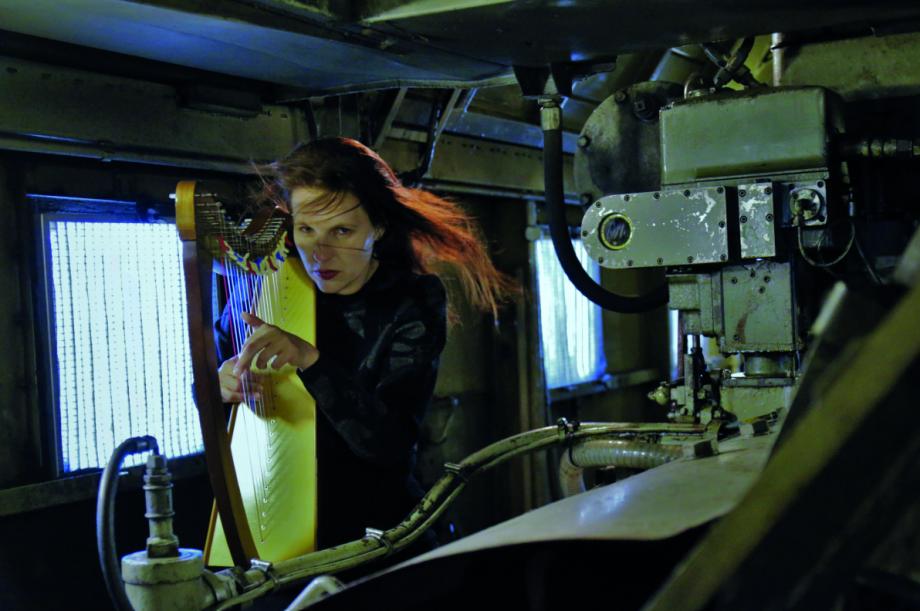 Due to illness of one of the collaborators of 'Everybody has to leave home sometime' by Dolores & Charlotte Bouckaert, we are forced to cancel this performance.

Because the scheduled presentation of Dolores & Charlotte Bouckaert can not take place, we offer you a free copy (according to availability) of one of the short novels 'Between the lines' published by Behoud de Begeerte together with Europalia.
(More info about 'Between the lines' via this link - the novels are only available in Dutch)

Ann Eysermans - For Trainspotters Only

The concert starts with a fugue for 4 diesel locomotives. Subject, counter-subject, divertimenti, dominant and tonic pedals are heard from four loudspeakers installed in the four corners of the auditorium. This four-part counterpoint, full of whispering, snorting and thunderous locomotive sounds, forms the sequel to prelude for two diesel locomotives and harp, which will be performed live (with a delay) in the SNCB Central Workshop in Mechelen (La Flèche et l'Eléphant).

“We leave Brussels North from platform 10 and respect the speed limit for leaving a station of origin. For even-numbered tracks, departure signs are located on your right. All the points and signals allow us to reach lines 50, 27, 161, 36 and 27D on the left. On the right, we have access to line 25.”

We are in 1975. We are heading directly towards Antwerp Central from Brussels North. During this train journey (recorded from the driver’s seat), the listener is introduced to the characteristics of line 25, explained by an instructor from the SNCB/NMBS. The magnificent images blend with the mechanical sounds of the locomotives and the experimental playing of the harp.

“The film is now coming to an end. While rewinding, you can pause at places of interest and then restart until all these places are lodged in your memory. Continue using this film until the places are completely familiar to you. Only then will the study routes be useful. Stop the film and rewind it.” 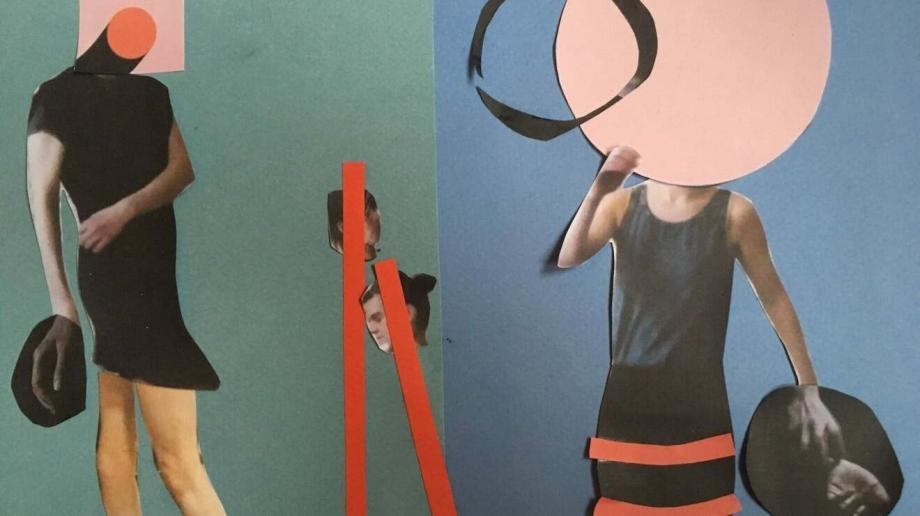 Charlotte & Dolores Bouckaert - Everybody has to leave home sometime

Playwright and writer Dolores Bouckaert and visual artist Charlotte Bouckaert work together for the first time and form the perfect duo to stage Mary Ventura and the Ninth Kingdom by Sylvia Plath, a dark story about female agency and independence, about life and death.

In their performance Everybody has to leave home sometime, the duo focusses on the choices Mary Ventura faces. As a young woman, Mary is placed on a train by her parents for a journey with no stops and to an unknown destination. She feels anxious and afraid, she does not want to go along with the others on the train. One special passenger points out that she does have a choice: ‘Pull the emergency brake Mary!’ Mary does not go along with the others and instead chooses the unknown. Can we also pull the emergency brake? How can you break the continuous movement that drives you on? Is quitting a solution? Does free will really exist? Or are we in any case subject to outside factors that impose a direction on us? These are the questions that Dolores and Charlotte Bouckaert address in this musical and cinematographic performance, the action of which is filmed and projected in real time.