Since 2003, the Contour Biennale for the Moving Image has occupied a distinct position in the visual arts in Belgium, with a fame that resounds far beyond the national borders. Focusing on screen works, the 8-week exhibi­tion in the historic center of Mechelen also offers instal­la­tions, sound works and live arts. C0N10UR is produced and presented by nona arts centre. Its 10thanniversary edition runs from September 8 to November 5 in 2023 and is curated by Auguste Orts. 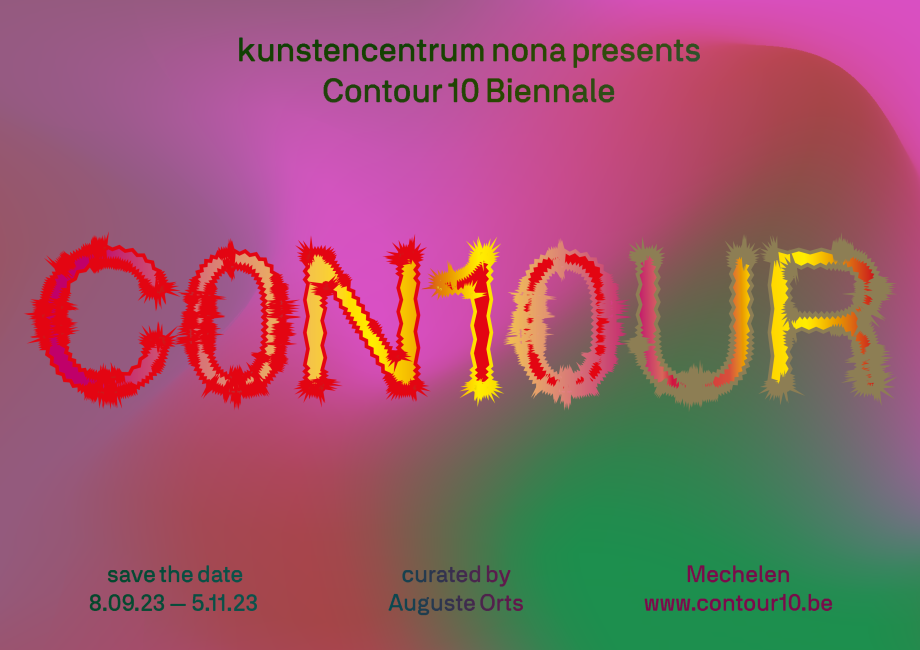 Auguste Orts is a Brussels-based produc­tion and distri­bu­tion platform founded in 2006 and currently led by artists Herman Asselberghs, Sven Augustijnen, Manon de Boer, Anouk De Clercq and Fairuz Ghammam. Since years, they each have been exhibi­ting and screening their (audio)visual work interna­ti­o­nally, including at previous editions of the Contour Biennale (De Clercq and de Boer in 2005, Asselberghs in 2009 and Augustijnen in 2003 and 2013). Over the past decade, the platform has presented itself as a strong advocate of the artists’ moving image (AMI), advancing and streng­the­ning the field with On & For Produc­tion and Distri­bu­tion (2014-2021), its interna­ti­onal collabo­ra­tive project supported by the Creative Europe Programme of the European Union.

During C0N10UR, the five Auguste Orts’ artists will not present their own screen works. Instead, they will plug into the rich Belgian ecosystem of artists' film practices and contri­bute to its sustai­nable develop­ment by suppor­ting new screen works that will be able to lead their lives well after the 8-week span of the actual exhibi­tion. Orts resolu­tely opts for local embedding: the core artists of diverse origins invited to this festive Contour edition reside in Belgium. Multipli­city is essential to this exhibi­tion project: a gathering of artists and works in which different genera­tions can coincide and various forms and formats of the moving image can enter into the conver­sa­tion.

C0N10UR is staking on an ongoing dialogue with the artists, organi­sa­tions, institu­tions and all actors involved. The biennial builds upon its experience with creative produc­tion deployed for an extended period of time. The curators of this edition show a clear passion for the moving image and the visual arts, a love for cinema and its audiences, as well as for the perfor­ming arts and live music, both central to the regular program of the nona arts centre. Throug­hout a full and varied program, C0N10UR aims at putting a poetics as well as a politics of the moving image front and centre.

Nona arts centre appointed Nataša Petrešin-Bachelez as curator for the ninth edition of Contour Biennale. She challenged the existing Contour format by no longer opting for a continuous exhibition in several places in the city. Under the title "Coltan as Cotton" she asked pertinent questions like "What can a biennial be today and how can we organise it in a more sustainable way?". Contour Biennale 9 therefore became an elongated continuum that began with an introductory phase on 25 October 2018. Three long weekends formed the spine of the biennial. Petrešin-Bachelez engaged more than 50 contributors to shape this edition. This led to more than 20 new projects. The curator also initiated an educational programme called the "Transnational Alliance" that ran parallel to the biennial and explored similar themes. Contour Biennale 9 ended in the weekend of 18, 19 20 October 2019.

The eighth edition of Contour Biennale was held in spring 2017, shaped by the South Asian curator Natasha Ginwala. More than twenty local and international artists presented new and recent cinematic work at various locations in Mechelen. Contour Biennale 8 showed contemporary art against the backdrop of the 400-year history of the Great Council. This court in Mechelen was the judicial centre of Europe. Each of the art works explored the theme of justice from its own perspective. Films, videos, installations and performances immersed visitors in a world of law, jurisprudence and justice. 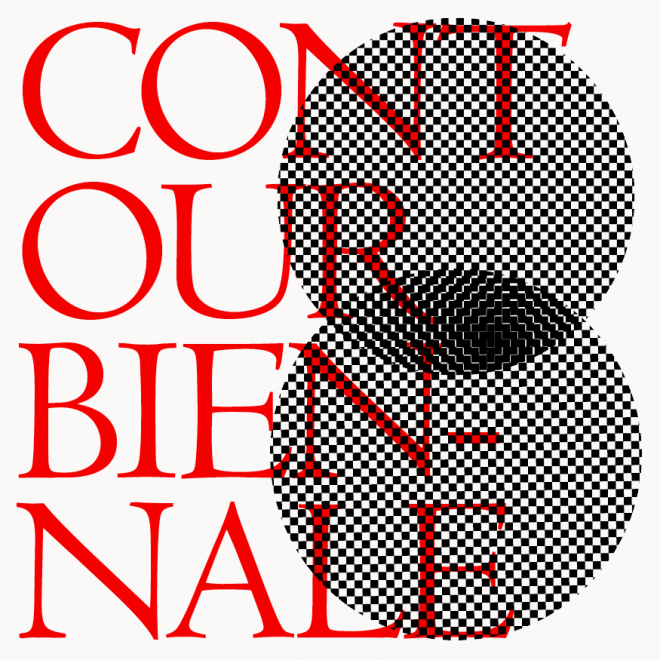 CONTOUR 7, the seventh edition of the Biennale, was dedicated to humanist, statesman and martyr Thomas More. Viewed by some as a martyr, by others as a monster, he was also an artist and philosopher. Either way, he was a brilliant fool far ahead of his time. During a stay in Flanders in the summer of 1515, during which he also visited Mechelen, More wrote the lion’s share of his book on the ideal state, the island of Utopia.

CONTOUR 7 presented work by more than twenty international artists at various locations in Mechelen. These works, including many new creations, drew their inspiration from the utopias, monsters and martyrs of the past and present. The curator was Nicola Setari. 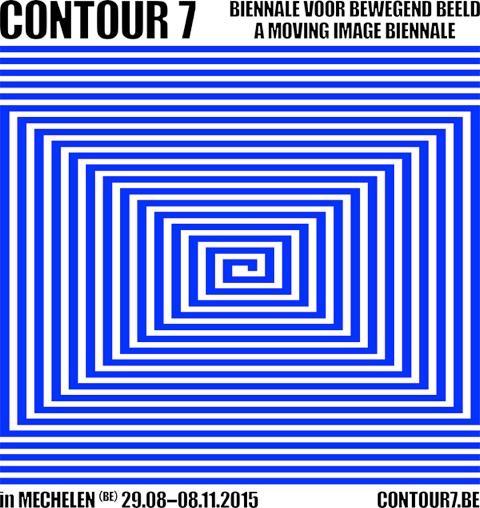 Contour 2013, the 6th Biennale for the Moving Image, was shaped by the Danish curator Jacob Fabricius. Entitled Leisure, Discipline and Punishment, it explored social functions and relationships in society.

Visitors could enjoy the sixth edition of Contour at four exhibition locations in Mechelen: the prison, KV Mechelen football stadium, the Church of Our Lady over the Dyle and the Hof van Busleyden museum. People come to these semi-public spaces for all kinds of reasons: pleasure, necessity, because of their beliefs or to sit out a prison sentence. 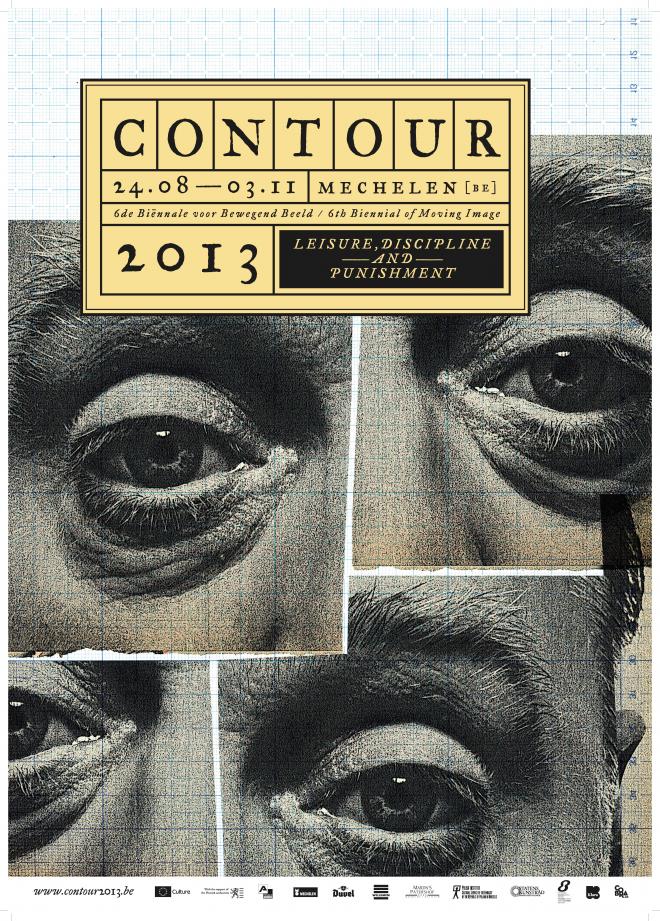 The 5th Biennale for the Moving Image, was curated by Anthony Kiendl from Canada. Entitled ‘Sound and Vision: Beyond Reason’, the exhibition made connections between music, the moving image and society.

The fourth edition was curated by Katerina Gregos. ‘Hidden In Remembrance Is The Silent Memory Of Our Future’ was an exhibition that asked penetrating questions about history as it is passed down to us and its importance. Contour 2009 offered more than five hours of film to watch.

Contour 2007, the third biennale for video art, was curated by Nav Haq and entitled ‘Decoder’. It presented several video works in the context of a double exploration. It investigated the mechanisms of knowledge production that help to shape the way humans understand the world. Within that investigation, the exhibition also analysed the way contemporary media arts deal with the question of knowledge production, whether or not they do so while reflecting on their own role as media. 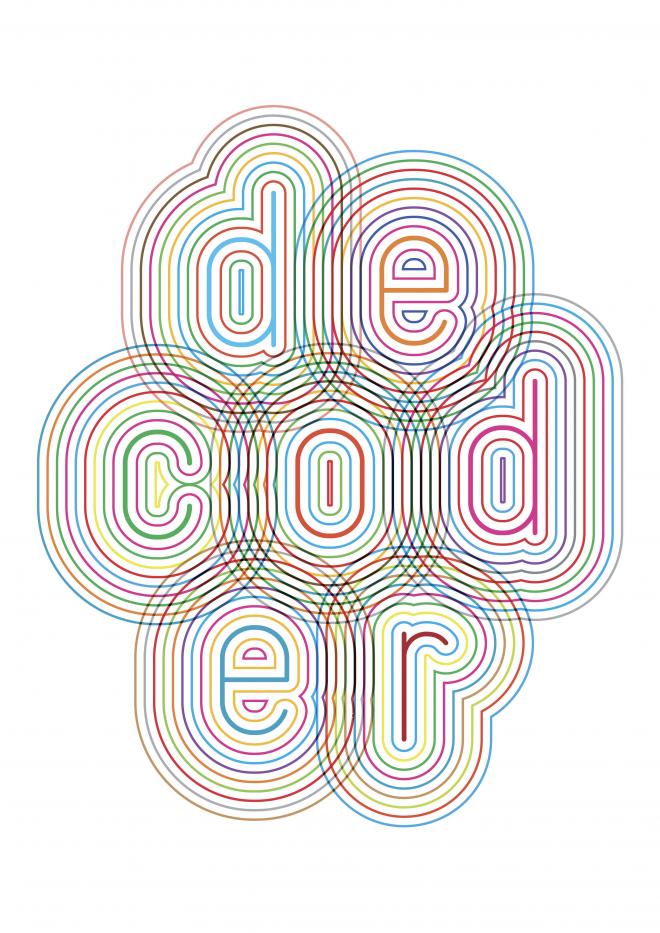 Two artists, Dara Birnbaum and Kerry Tribe, provided the impetus for Contour 2005’s curator Cis Bierinckx to bring together a coherent group of works and artists. What fascinated him was not just the confrontation between two generations of artists, but also the manifesto statements made in personal ways by Dara Birnbaum, as the ‘godmother’ of video art, and Kerry Tribe as a young artist. In selecting the other artists, Bierinckx was inspired by the intensity and vision that can be found in the two artists’ work. 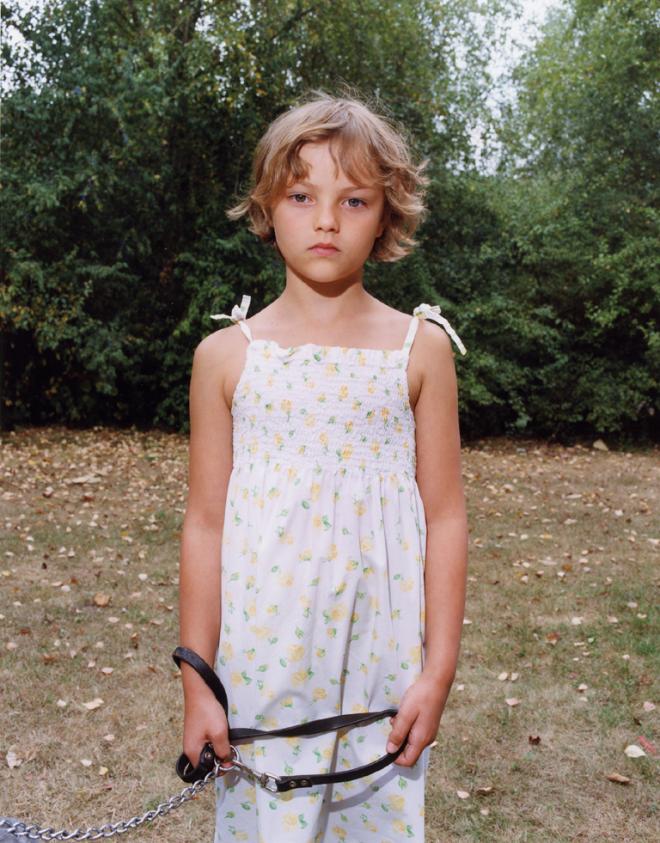 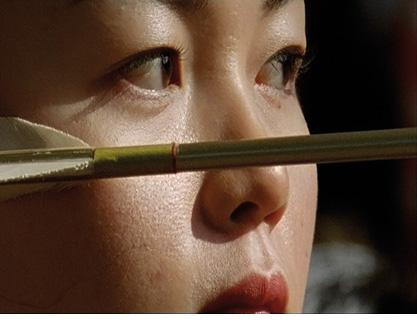